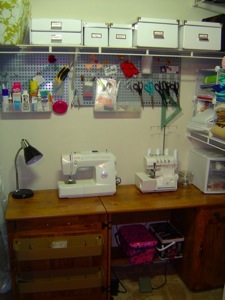 My Sewing Closet Circa 2008

Let me take you back to my first sewing room. It wasn’t a room at all but a closet! I donated 80% of my wardrobe to be able to fit a small sewing table in the closet of an apartment. I wish I had better photos but this gives you an idea of what it looked like in 2008.

I was attending law school in Nashville and lived in an apartment with very little space. I remember donating a ton of clothes and shoes so I would have space to sew and have the ability to close the closet door to muffle the machine sound for my roommate.

The white storage boxes are from IKEA and I still use them. I created the ribbon holder box from a shoe box. I have an old tutorial on how I did it here.

These photos also show my very first sewing machine: a Singer 3820 “150th Anniversary” sewing machine manufactured around 1999/2000. The machine was a gift from my grandma and was purchased used in 2004. It traveled to my dorm at Georgia Tech in it’s little white plastic case. I wore this machine out. I pushed this machine to the limit with heavy fabrics, vinyl, plastic, you name it! It was always out of time and in the shop frequently because the plastic parts kept breaking due to abuse. However, this machine made numerous items over the years including my first costume in 2004/2005. I learned so much on this machine. After the Singer 3820, I decided I needed a more industrial machine (a Janome 6600P).

You can also see my first serger. It was the entry level Babylock Model BL400. It’s a very basic serger but did a great job. I was terrible at learning to balance the stitches and eventually traded it several years later for one that has auto tension (a Babylock Enlighten, which I highly recommend if you are like me and get impatient tuning for the perfectly balanced stitch).

What was I sewing back in 2008? I adored Amy Butler bag patterns and everyone got a bag made from her patterns for Christmas that year. I made so many bags!

I hope you enjoyed my trip down memory lane. Do you have a sewing closet? Show us your closet on our Facebook page. 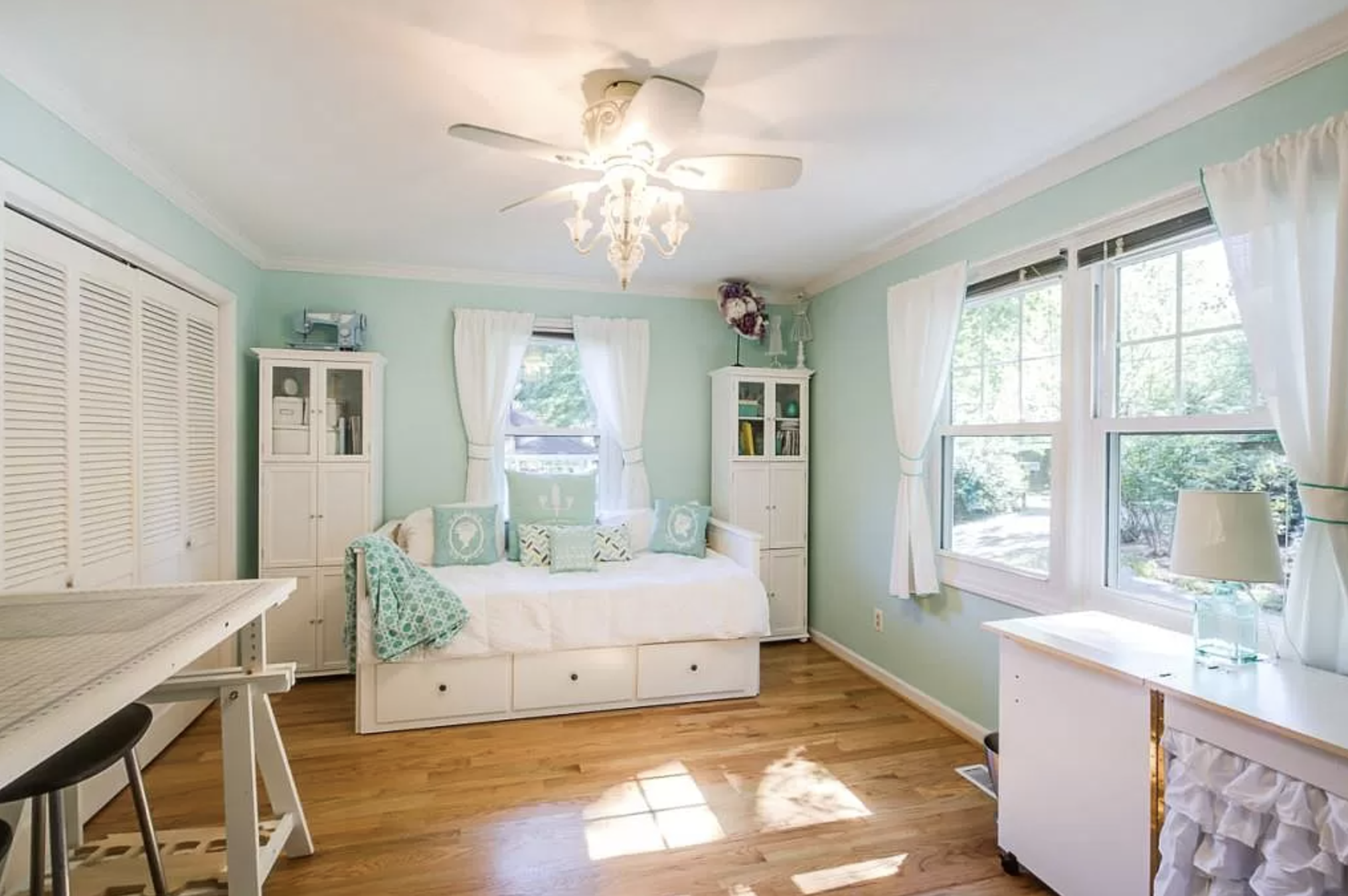 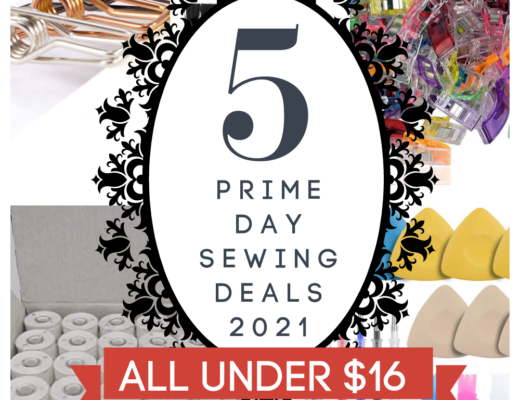 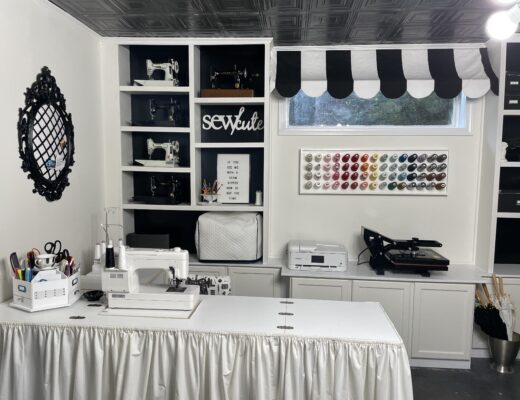 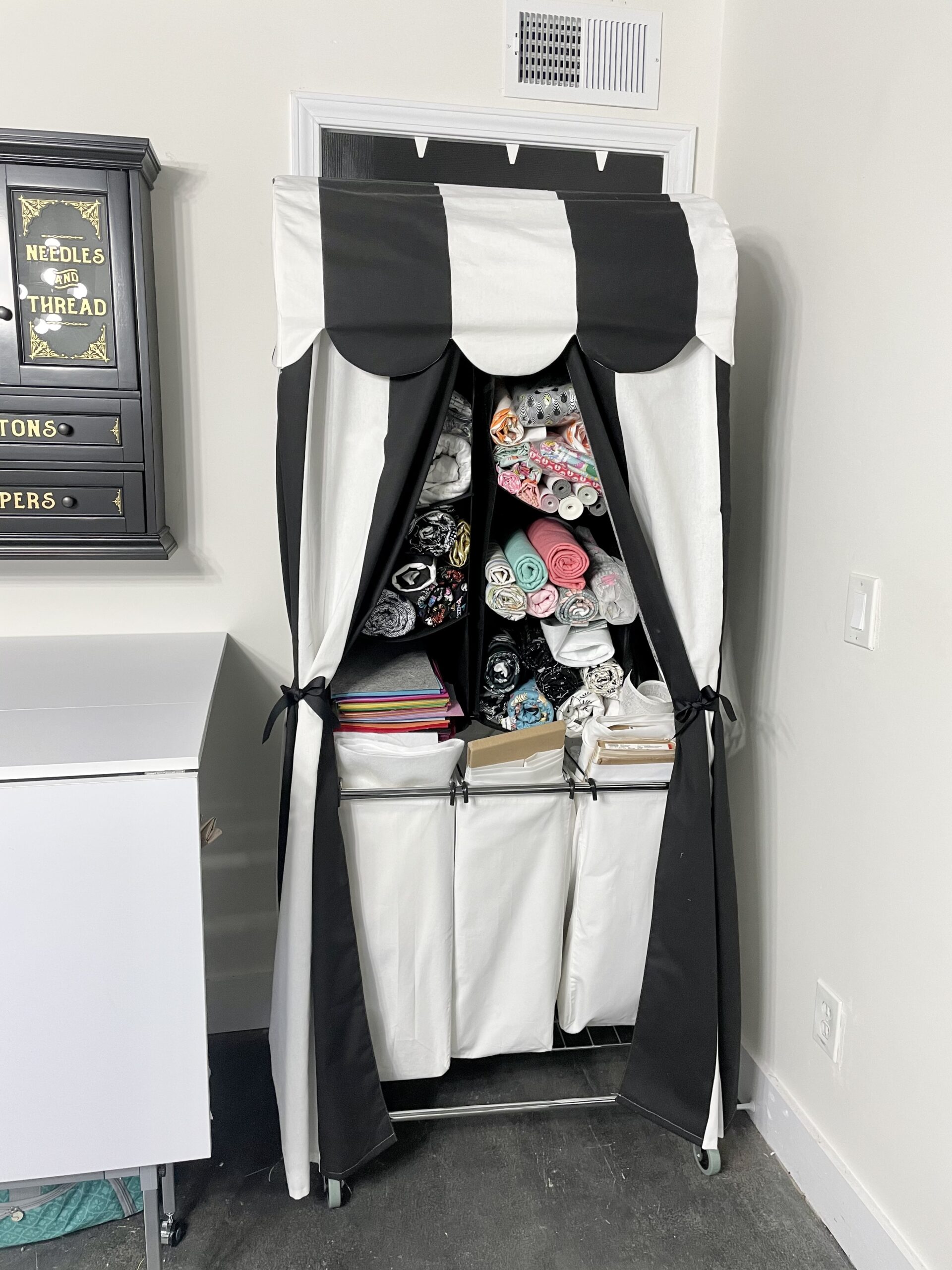 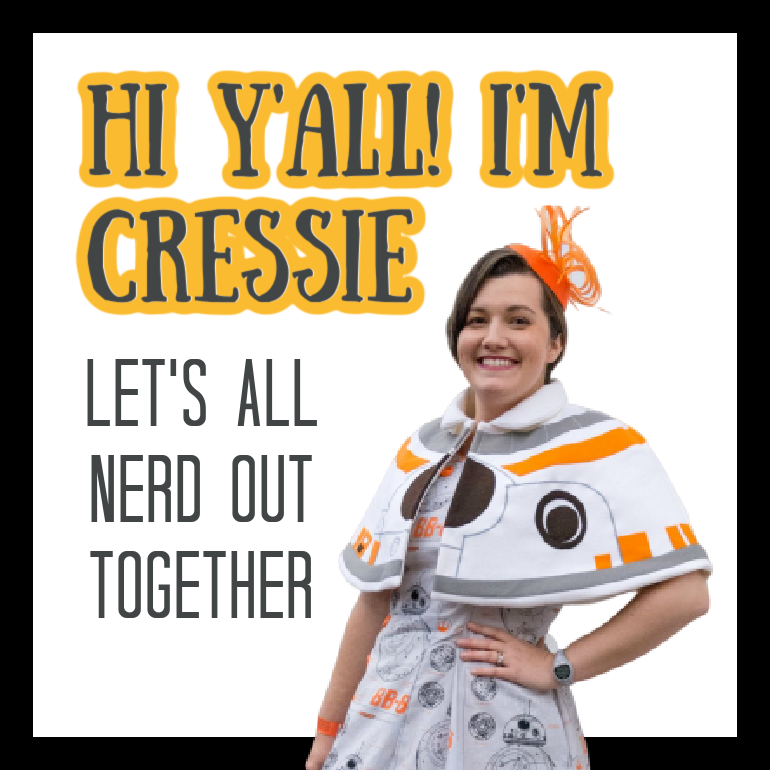 Happy May The 4th! I can’t decide what to wear t

Wonder [bread] woman is ready for the new movie! T

Make your dog a loaf of Wonder Bread! Instructions

Custom doggie doormat for those who need to warn t

Made with in Atlanta.